In this blog I will try to answer the most common questions that we come across regarding our children’s oral health. Hopefully this will help you keep your kids smiling!

When should I expect to see my child permanent teeth coming in?

This can vary depending on genetics and even gender – boys tend to have the permanent teeth a little later then girls, however, this is not a rule and there are lots of exceptions. Here is a chart that may help: 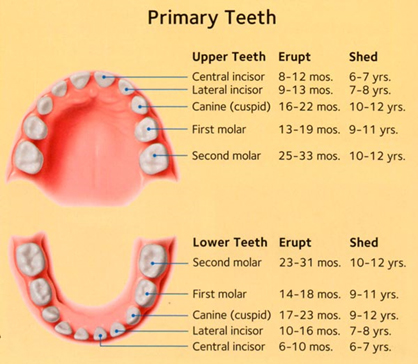 My child’s adult teeth are coming in behind the baby ones – is that normal?

At what age should I bring my kids to the dentist for the first time?

Ideally children should begin seeing a dentist by age one, or six months after the eruption of their first primary (baby) teeth.

How many times should I brush my child’s teeth? 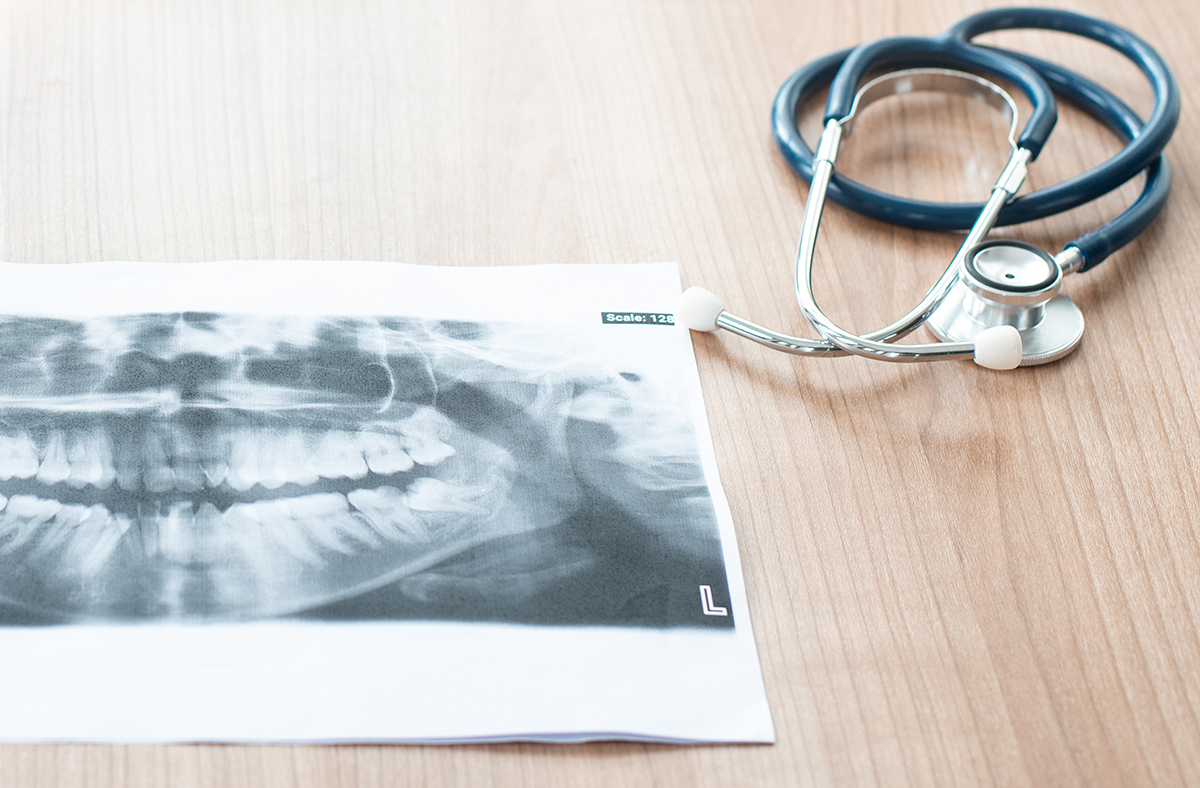 When should I start to care for baby’s teeth?

Parents can start caring for their infants’ primary teeth before eruption and should continue after eruption. Prior to the teeth erupting, it’s important to wipe down the infant’s gums with a soft washcloth or disposable mouth wipe in the morning after the first feeding and right before bed. Wiping down the gums and tongue helps remove bacteria and sugars, and helps the child become accustomed to oral care.

What other steps can I take to ensure my child will not have cavities?

Two of the best tools we have are dental sealants and fluoride varnish.

Dental sealants are thin plastic coatings that protect the chewing surfaces of children’s back teeth from tooth decay. Sealants fill in the grooves and help keep debris and bacteria out of the occlusal surface and buccolingual pits.

Fluoride varnish is another preventive measure that is highly effective in the fight against childhood caries. Application of fluoride varnish is recommended every three to six months for children younger than age 6. Not only can a fluoride varnish application help prevent caries; it can also reverse early caries white spot lesions. Regular applications have also been known to decrease caries in the permanent dentition.

My child’s new teeth appear “chalky” – will that change with time?

No, unfortunately, this is a default in tooth development. Researchers now say they have identified the mechanism behind the most common type of chalky teeth: molar hypomineralization. It occurs when developing enamel is contaminated by a protein found both in blood and in the tissue fluid surrounding developing teeth. Routine childhood illnesses such as fever appear to be the trigger, according to findings. The result is a sort of ‘mineralization blockage,’ which is highly localized to the areas on individual teeth that become chalky enamel spots. Unfortunately, fluoride, which protects against tooth decay in normal enamel, has little effect in preventing chalky molars.

My child is 5 years old and is still sucking her thumb, will that effect her teeth?

If your child habitually sucks thumb or fingers pass that age of 4, it can not only misalign the teeth but also alter the proper face bone growth and development. It can also trigger the speech sound disorder. Treatment for digit-sucking habits in infants is mostly preventive in nature. Some parents may choose to substitute the finger with a pacifier. By providing a child with a pacifier, the parent may feel that they have more control over weaning their child from the habit. If a pacifier is used, children should be weaned from it within the second six months of life. Another way to potentially prevent a digit-sucking habit from occurring in the first place is through breastfeeding at will, allowing the child to feed to his or her content when he or she shows signs of hunger.

Introducing your children to healthy oral habits will set them for lifelong success. Make sure they understand how important it is to properly look after their teeth and best of all – give them a good example by caring for your own teeth as well!